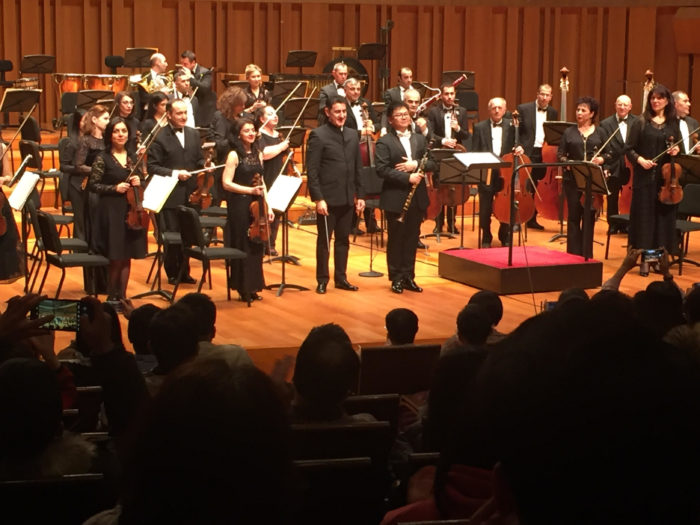 As the last main course of the Russian-style meal, the Armenian National Philharmonic Orchestra performed in the National Theatre on January 9, 2020, and performed very well! As one of the important performance groups of the former Soviet Union, the orchestra’s “signature” track is the works of Armenian composer Khachaturian, and the selected tracks from Tchaikovsky to Prokofiev are Russian. Native original classics. But after listening to it, I felt that the band’s performance from the pronunciation method to the choice of musical instruments were very Europeanized. When we looked into it in detail, it was found that there was a historical reason for the evolution of the nation-state.

Although Armenia became a republic in the former Soviet Union, it has been in a state of decentralization and internationalization since then. Armenia is located at the junction of Europe and Asia. Political turmoil was very historical. Before joining the Soviet Union, it experienced many wars, and its population decreased significantly. In 1988, a major earthquake in Armenia destroyed almost half of the country. Neighboring European and American countries invested a lot of assistance and helped build a number of universities. The disintegration of the Soviet Union in 1991 and the independence of the Republic of Armenia made Armenia more international than other member republics. Similarly, the Armenian National Philharmonic Orchestra is also an “international” orchestra. Several orchestra performers come from Spain, Italy, and Germany. It is this combination that makes the orchestra’s sound characteristics different from other Russian orchestras. It is very “European”.  The Armenian National Philharmonic Orchestra is the resident orchestra of the Khachaturian Concert Hall. The concert’s “Masquerade Suite” and the encore “Sabre Dance” were very exciting. Clarinet player Tianyi (Tony) Shen  has rich professional orchestra cooperation experience. Mozart’s “Clarinet Concerto” played in this field has also performed as a solo on the tour of the Israel Philharmonic conducted by Zubin Mehta, and is very skilled in music processing.

The orchestra performed even better in the second half, playing the “band touchstone” track of “Romeo and Juliet” to the fullest effect. Strings played the band’s dazzling skills in the fast unison of “Death of Tibalt”. The momentum, the “difficult segments” of the horn and trumpet, and the trumpet, and the solo all played very well.

The orchestra’s artistic director and conductor Eduard Topchjan has been mentored by Claudio Abbado. His conductor’s movements are smooth, and the whole performance is memorable. However, his treatment of music is a bit restricted, and it can be performed more fully in several places.

The extent to which a concert’s quality depends on the conductor and how much the band’s factors occupy is often difficult to judge. The tension of the New Year’s season and the comprehension of the music make rehearsal not too long. Without being the director of the orchestra, the conductor’s musical intentions would hardly be fully conveyed during the New Year concert tour. This reminds me of the “All-Soviet Symphony Orchestra Competition” hosted by the Soviet Union in the last century. Listening to these Russian New Year concerts in succession seems to be in a state of rushing to the strings.