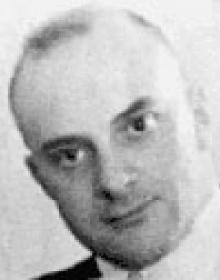 Conductor, violist, pedagogue
People’s Artist of the RA, Laureate of State Prize of USSR, Professor
Worked with Armenian Philharmonic Orchestra as the Artistic Director and Principal Conductor in 1965-1966.

Mikayel Terian was born in Moscow. He graduated from Moscow Conservatory as a violinist (professors G.Doulov and K.Mostras). He was among the founders of Komitas State Quartet as well as the Quartet’s violist in 1924-1946. He has performed with D. Oistrakh, L.Oborin and S. Knoushevitski in different orchestras. He has worked with the Bolshoi Theatre as the concertmaster of violists. He headed viola and quartet classes and was the Dean of opera-symphony conducting department at the Moscow Conservatory. In 1957-1960 he coached Moscow Regional Philharmonia Symphony Orchestra. In 1961, he founded Moscow Conservatory student symphony orchestra and toured with concerts in Europe and Latin America. The Orchestra received 1st Prize at Herbert von Karajan International Contest.