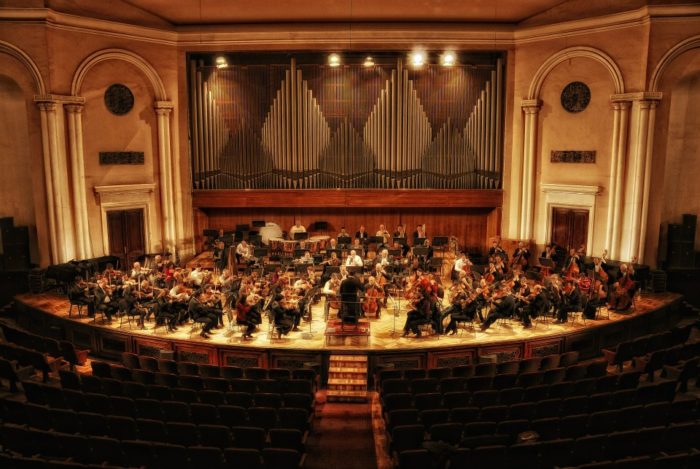 Armenian orchestra embarks on its maiden tour of China

The Armenian National Philharmonic Orchestra is making its debut tour in China by performing 10 concerts in nine Chinese cities.

The tour, which started with shows on Dec 27 and 28 at Shanghai Grand Theater will end on Jan 9 at the National Center for the Performing Arts in Beijing.

Under the baton of artistic director, Eduard Topchjan, the orchestra will play repertories that include pieces from Russian composers, excerpts of The Nutcracker, the classic ballet composed by Pyotr Tchaikovsky, Night on the Bald Mountain by Modest Petrovich Mussorgsky and excerpts of Sergei Prokofiev’s ballet work, Romeo and Juliet, Op. 64.

“Khachaturian is considered to be one of the leading composers in Armenia. We included his works during the tour of China to enable Chinese audiences to experience the long history of Armenia through the composer’s music, which has distinctive Armenian cultural elements,” says Arman Padaryan, the general producer of the Armenian National Philharmonic Orchestra.

During the ongoing China tour, the orchestra is cooperating with young Chinese clarinetist, Shen Tianyi, to play Mozart’s Clarinet Concerto in A Major at the concerts being performed in Wuxi, Changzhou and Changshu in Jiangsu province, Lishui in Zhejiang province and Beijing.

The 22-year-old Shen, who was born into a musical family and started to learn piano at the age of 3, graduated from the Curtis Institute of Music. Shen was introduced to clarinet by his grandfather, the famous clarinetist Wang Zhijian, and started to play the musical instrument at 13 years old. The young musician has performed with maestros and world famous orchestras, such as Zubin Mehta and the Israel Philharmonic Orchestra.

“I listened to lots of Armenian folk music to learn about the country’s profound culture. The country’s people are full of passion and the musicians are both influenced by their own folk music tradition and classical music,” says Shen. “It is an influential orchestra in Eastern Europe with a distinctive style and strong personality. I am very honored to join the orchestra’s first China tour.”

The Armenian National Philharmonic Orchestra was founded in 1925 and has served as an ambassador for Armenian arts and culture worldwide. According to the Armenian ambassador to China, Sergey Manassarian, the China tour will pave the way for more cultural exchange programs between China and Armenia in the future.

“During the five years of the Belt and Road Initiative, the exchange and cooperation between the two countries not only involved investment projects in economy and trade, but also cooperation in energy, security, culture and other fields,” says the ambassador. “The Armenian National Philharmonic Orchestra will come back to China again and again, expanding the geography of tours, attracting larger audiences and establishing stronger bonds.”